War of the Worlds: Battleground Australia 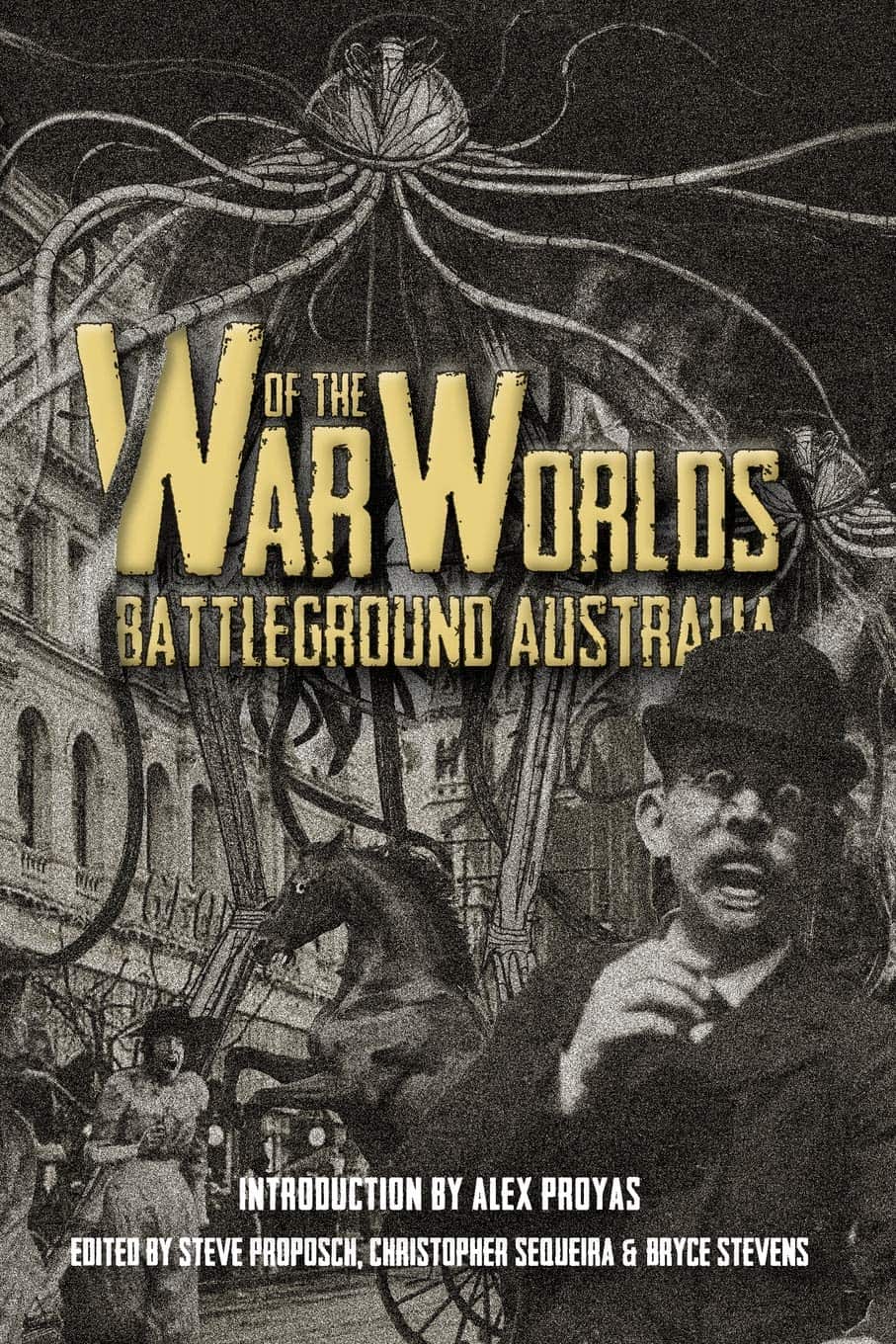 Home to the planet’s longest-surviving mysteries, Australia now plays victim to marauding Martians in this outstanding collection of exciting stories set in the past, present and future.

Australian Invasion
It is well-known that Wells found vital inspiration for his 1897 novel in the horrific plight of Tasmanian Aboriginals who, within his lifetime, were virtually wiped out by the warfare and disease brought by foreign invaders.

In Battleground Australia we discover that the war with Mars was not confined to England and did not end with all Martians destroyed by disease. In Australia some of the aliens survived and went underground, to emerge a century or more later.