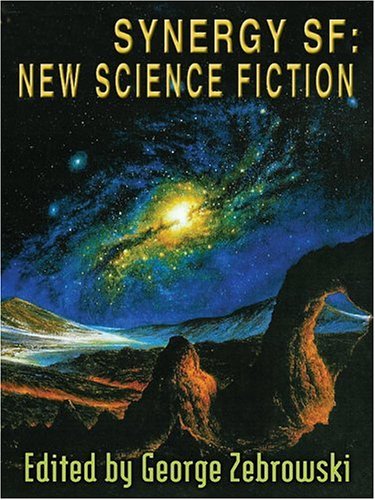 In the mid 1980s to early 1990s, acclaimed author and editor George Zebrowski created Synergy, an all-new collection of the best modern science fiction stories, which spanned four volumes and published some of the most innovative, thought-provoking, speculative fiction ever. Synergy SF: New Science Fiction marks the return of this acclaimed original anthology with a new selection of stories, including: Jan Lars Jensens “Bodily Surrender,” in which a man may interface with a machine, but what does he see when he looks back on his humanity; Charles L. Harnesss “Polly,” where intelligent life arises and grows where it will  just as humanity did. But when the intelligence itself is invented by a team of scientists, it faces new and unusual threats to its survival  such as copyright infringement; and Janeen Webbs “The Red City,” where a spoiled trophy wife from the future stumbles through a hole in time to ancient India, and soon learns that even daily existence is a matter of life and death. Two additional short stories, poetry, interviews with Ray Bradbury and Cele Goldsmith, and William Tenn on the radio broadcast of H. G. Wells The War of the Worlds round out this fantastic collection.